At our restaurant just off the trail at the summit of Pendle Hill, we employ only the tallest chiefs to ensure quality at altitude, not attitude. No hair guaranteed! Stool kicking included in the price.

Grindings of gas with a Volvo boot strut

A frotting of loose chippings

Moist retching geese (retched at your table for freshness)

Notable by its heavy sigh.

There is a service charge which may vary depending on various variables. Check your variables before arrival.

Posted: 26/03/2012 | Author: dolphinbladder | Filed under: Thought for the week, Uncategorized | Leave a comment

Thought of the week

With the extremely and hugely reverend Archbishop of Toad-in-the-Wold, Dr Robert Carolgees…

“Many of you will know and appreciate I am certain about the church’s stance on same-sex marriages and it is with this thought running through my head that I sat down with my live-in helper to play Scrabble the other night. As you may recall my house is kindly paid for from the generous pockets of my parishioners, and as  Gumpert and I settled down to lock mental horns over a taxing game of word play, I plumped my cushions in order to comfort myself for the challenge ahead. Gumpert was noisily masticating on the last Findus Crispy Pancake, which he had snuck away at the back of the freezer out of my ecclesiastical reaches, the little scamp.

As the crumbs from his meaty treat scattered themselves onto the floor, I felt annoyed that alas the vacuum Hoover, kindly supplied to me by my parishioners, had long lain dormant in the cupboard, and was resting lazily against the bottles of communion wine left over from my New Year’s Eve party in 2004.  As Gumpert crunched against the crust of the pancake, which, I was to discover through a spray of reconditioned chicken meat and orangey breadcrumbs, was his favourite bit of a crispy pancake, my thoughts weighted heavy on me. How would we ever get the half chewed and saliva encrusted pancake from the expensive Persian rug, so kindly provided to me by my parishioners?

As I pondered, I resigned myself to having to clear up the ungodly mess with a dust pan and brush. Gumpert wasn’t in a position to help; he was too busy draining a can of Vimto and had decided at that very moment to roll one of his foul-smelling Moroccan cigarillos. As I stood to fetch the dust pan, a sudden beam of ethereal light illuminated the handle to one of the drawers in the drawing-room. I rose to investigate and pulled sharply at the drawer to discover a transparent pouch stuffed full of Hoover bags. I do believe that the Lord was speaking to me at that very moment.

Suddenly the solution became clear to me – why, perhaps by changing the bag on the Hoover I could rid the rug of crispy pancake globules and indeed perhaps be able to tackle the now spat out Vimto with effective gusto. Rising in an almost trance like state I fetched the Hoover and simply, and without fuss, changed the bag. With Gumpert now snoozing on the sofa in a rather natty pose, I simply hoovered up the offending crumbage. What would have taken me many hours with my dust pan and brush and taken mere seconds – verily the Lord doth move in mysterious ways!

Disco pig – I is back my little trotters ai-eeeeeeeee

Yo  – what it is my little porcine porkers of love – oh yes, Disco pig is baaackkk wiv more of me hot toons to download right now. Hear what I say – I ain’t being rash (er) dese tracks have been rockin the sty this week and me and Mrs Disco Pig have worn our little trotters out viv all the dancin’ we been doing an dat. Screech them out loud my little truffle sniffers – they are de frazzles…

DJ Terryandjune feat. Anneka Rice – Have you put the cat out, Barry?….Barry? Oh I’ll do it

The Ladyhonkers – Squat and give me ten private

Supersonic prostitutes – Everything I do (I do for a tenner)

The Problematic Onions – Parsley is a garnish, bacon is a meat…

Barry Toadstool – Lick it until its September 13th

Gary’s got Dandruff – And he smells of wolves

Where are they now? – Rainbow’s Bungle

To many he was Thames TV’s go-to bear for children’s entertainment, but behind closed doors, Bungle was a troubled soul. Having been the lynch-pin that won Rainbow the 1975 Society of Film and Television Arts Award for Best Children’s Programme, the pressure to succeed was a cross that he had to bare throughout his professional career.

As with many TV protagonists at the top of their game, it was no surprise that substance addiction was his crutch. In our interview, Bungle bares all…

END_OF_DOCUMENT_TOKEN_TO_BE_REPLACED

Peter Foust-Grumpert and his blog within a blog

You know who I am, but just in case you’ve been living on the moon recently, I am the soon to be knighted owner of my blog.

Why not snuggle under my comfy blanket of sultry musings and see just what Peter F-G can do for your spirit?

END_OF_DOCUMENT_TOKEN_TO_BE_REPLACED 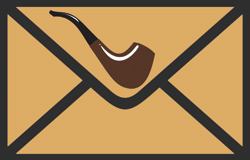 Do you remember the time I knew a Girl from Mars?

I think it rings a bell old chap. Was it during that party in Sibford Gower back in 1988? I remember you bumping into a very nice young lady who worked in confectionary. She tested Marathon bars for nut-consistency if I recall. Halcyon days…

Why not look her up on FaceBook or send an embarrassing shout-out to her on Steve Wright’s Sunday Love Show and subsequently find that she has married rather better than you hoped and was very happy. Never go back Ash. Never go back.

Welcome to Monkeybroth’s public announcements service. Here at Monkeybroth Towers we take our public duties extremely seriously. We love, cherish and respect our communities – even that old cow at number 78, who smells a little like wolf wee. You know the one – she comes out at night and shakes the bushes looking for robotic squirrels. Yeah you do, you’ve seen her. She was in Budgens on Tuesday buying Ribena for her pet corn snake…..

Nebraska! Here are the votes of the Belgian people….

Peter Foust-Grumpert – And his blog within a blog

END_OF_DOCUMENT_TOKEN_TO_BE_REPLACED

Cardboard cut-out of the week