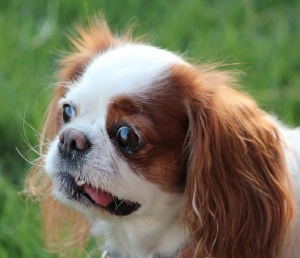 Finley was best known for his time in the Royal Agricultural Paramilitary regiment – having been awarded the green cross by the National Trust for bravery in the face of Japanese Knot weed during the great Boscastle Rocky Valley outbreak. His fearless and innovative approach to eradication involved donning a lightweight poly-tunnel, shouting a great deal and swinging a scythe like he was batting for the Biffordshire under 4’s team.

After service, Finley set his commendable mind towards the running of his father’s business, Squirrel Mash and Pye Inc – a business that was very much the fore-runner to the modern kettle descaler service that has become quite the fashion. Back in the heyday, it was quite unthinkable for a person of standing to have a kettle that was not SM & P Inc-cleansed.

His greatest love, as ever, was his collection of antique spaniels. He was oft seen capering across the Scandal-on-Rye broads with a motley selection of arthritic sad-eyed Cockers. He leaves behind Airfix, Leggy No-Legs, Afterthought and Merry Tail who have been provided for by the Slapton stiff dog rescue.